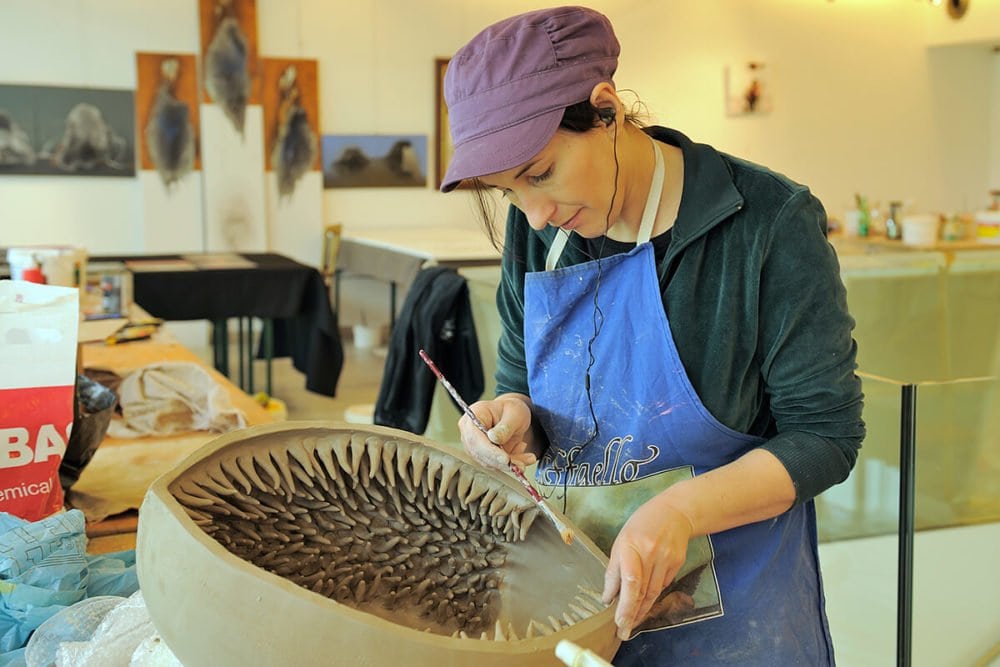 Bianca Boeroiu is a romanian visual artist, born in Ploiesti ,in 1977. She studied at the National University of Arts  in Bucharest and completed her  postgraduate studies with a MFA in Ceramics. She is a member of Romanian Artist’s Union since 2002.

Her series of objects provide a personalized universe, describig the state and symptoms of a certain Self, stamped by inner compulsions, yet by strong outer influences too. A structurally baroque dimension, dominated by the fussion between reality and fiction, an empathic dialogue supported by the fragile association of some apparently non-compatible elements. She melts human features and mechanical details together, in order to develop specific meaning, symbolism and psychological impact – a combination that allows creativity to express itself in various characters that straddle both real and fictional worlds. The limited chromatic palette reveals the dynamic of the volumes and the surface’s delicacy.

Considering that the interior design must evolve in relation with the contemporary art, which is both aesthetically and conceptually valuable, by opening a way of communication between those two, we manage to reconsider the spaces we inhabit. 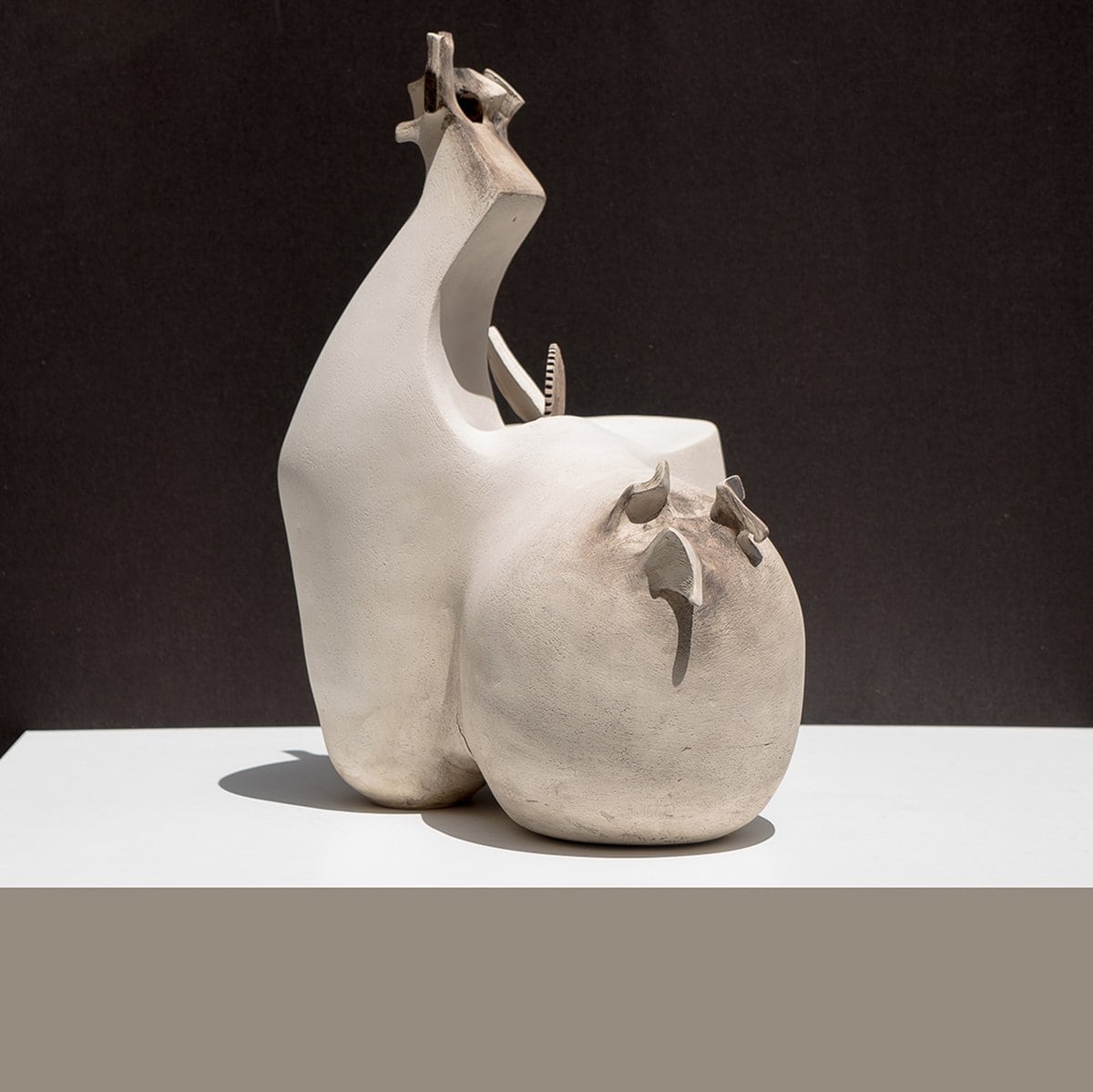