The beauty of ceramics- An Interview With Artist Maria Cioata 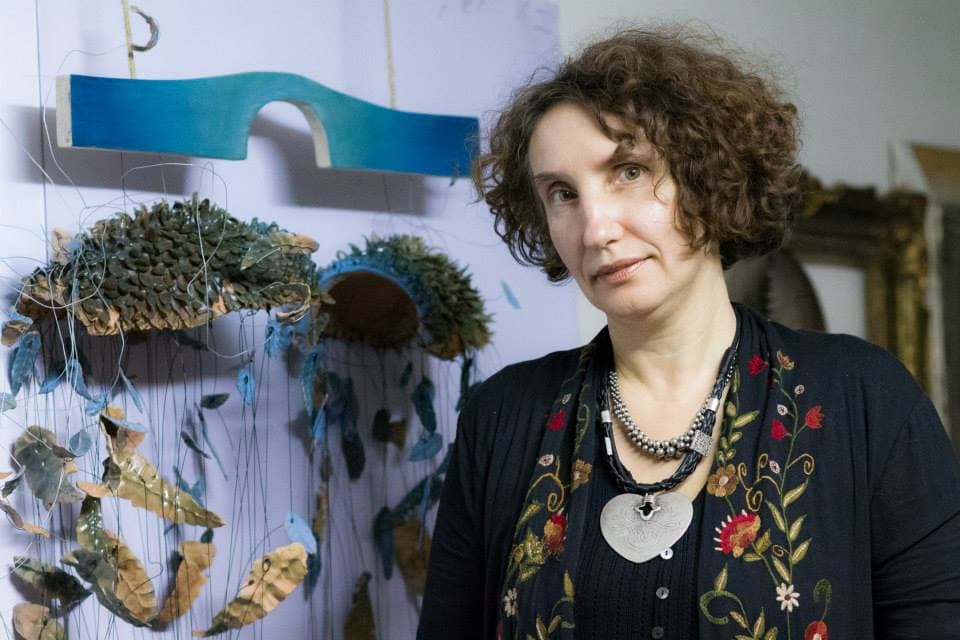 Maria Cioată was born in 1969 in Pitesti, Romania in a visual artists family. Her father, the painter Lucian Cioată, had an important role in her formation. She graduated The High School of Art ,,Nicolae Tonitza”, than the National University of Art from Bucharest, coordinated by the professors Costel Badea and Alexe Florian. Find out more here. 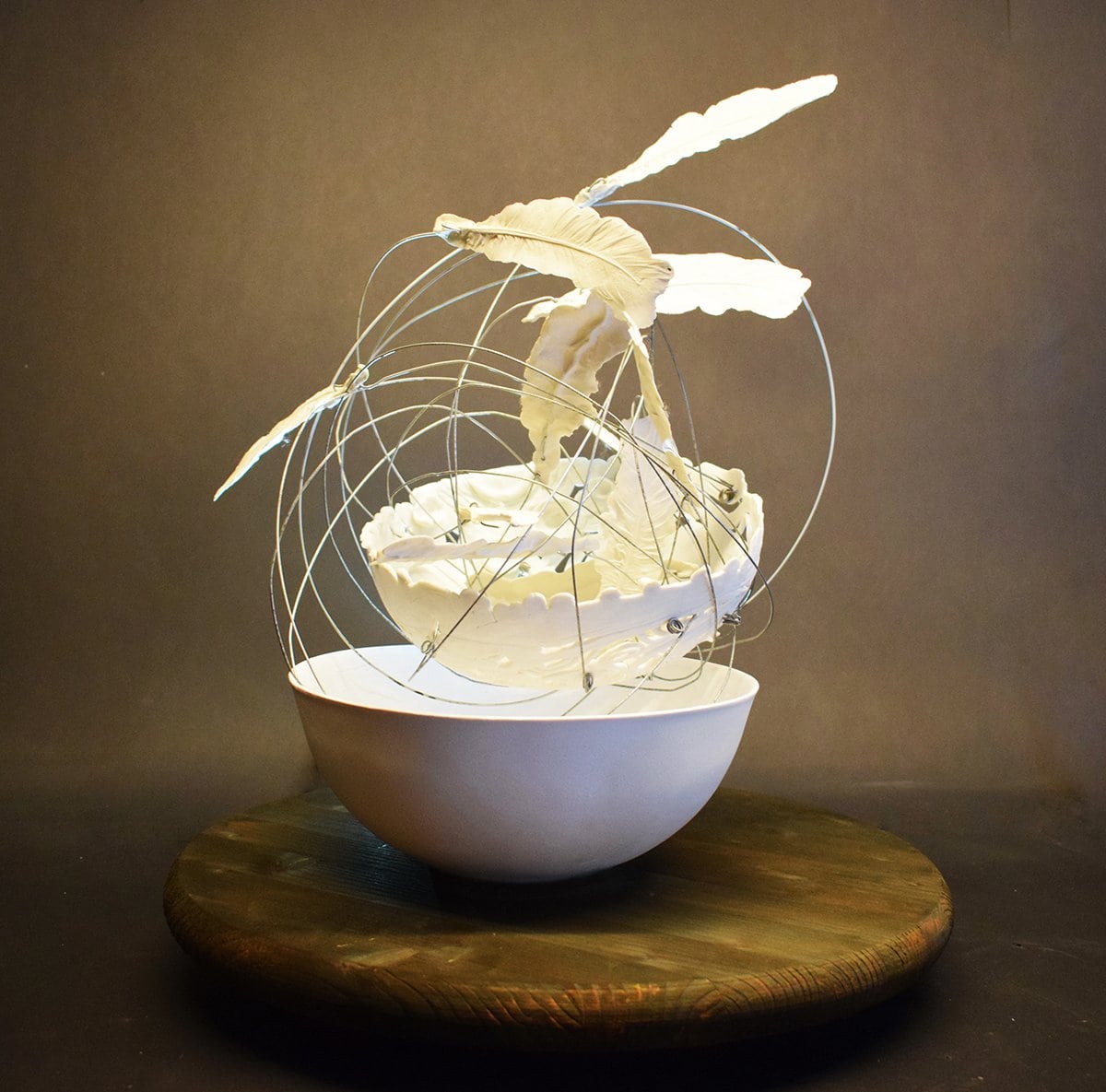 Tell us something about your background

After I finished The ”Nicolae Tonitza” High School of Art,  I discovered a unique universe that is offered through the whole technological process of an artifact (a ceramic object). The modeling of the amorphous pieces of clay, the intense desire to see the shapes growing up in my hands and to give them life, the pleasure to mold the porcelain, to pour it for its possibility, made me turn to the pottery and continue my studies to the National University of Art in Bucharest, „Ceramics & Glass” Department. I constantly participated in exhibitions, biennales and art symposiums.

I was invited to participate in many exhibitions in Germany, Portugal, Italy, Finland, Bulgaria, even in S.U.A. The winner of the Mac Constantinescu grant, of the first prize Lorenzo Magnificent-International Biennial of Contemporary Art-Florence Italy; Honorable mention – Concorso Internationale Della Ceramica d′arte Cita di Goaldo Tadino; The International Prize of Nations Tribute to Tiziano. 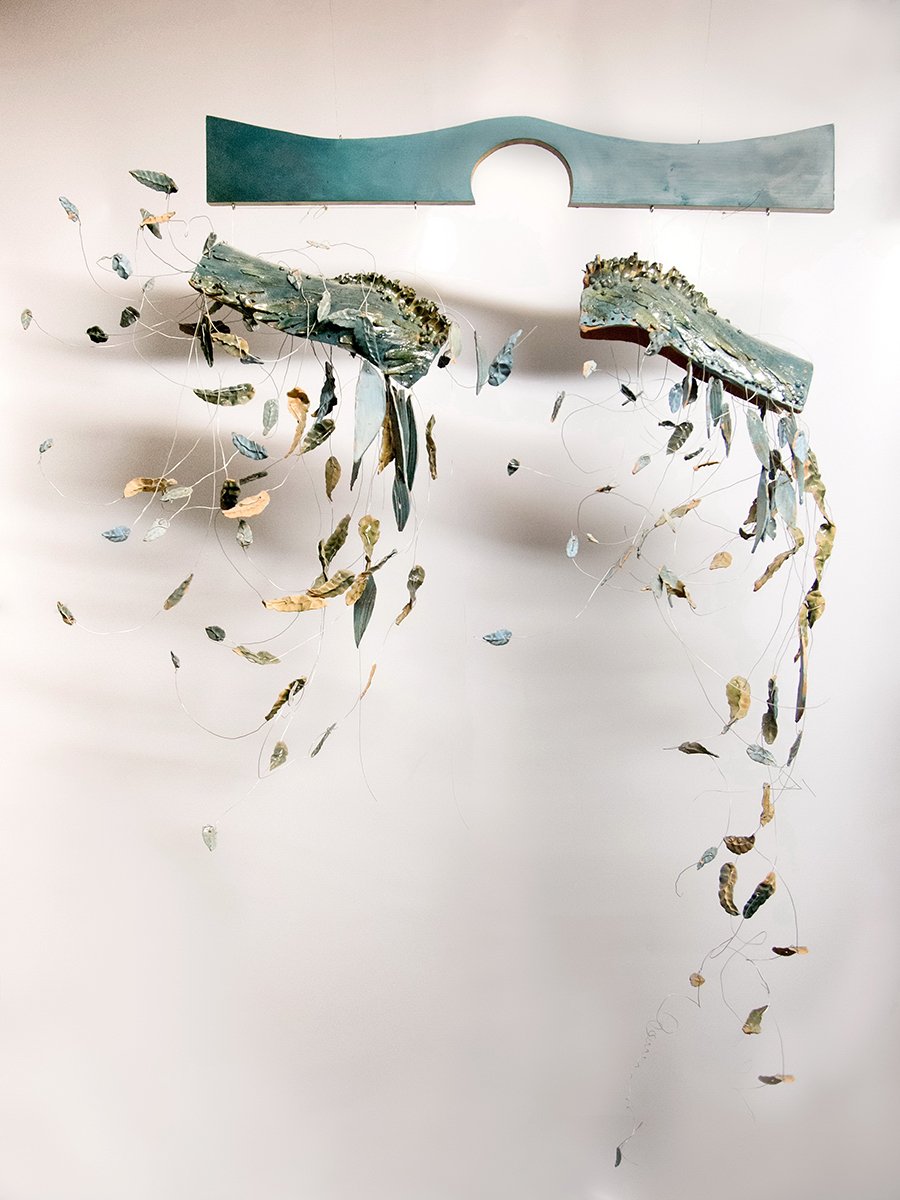 How have you developed your career?

I entered college at my fourth attempt, taking into account that there were only 2-3 places available in the 1980′s. So I had different professional experiences such as: designer in a design institute, ceramist painter, Glass Booth and art teacher.  I continued as an art teacher after I entered University, teaching art lessons at the kindergarten “ARC-EN-CIEL” which I left after graduation.

Nowadays, this institution has grown and became the “Orthodox Pedagogical Highschool, Anastasia Popescu”, where I developed an art club for parents and children “Little by little, we step into the world of art ” that I support with my husband, David Leonid Olteanu, who is also a teacher at the University of Art in Bucharest.

At this club, we try to introduce them easily to this fascinating world of the arts through play, imagination, fantasy, and creativity. We have different working techniques, such as fresco, mosaic, engraving, pottery, drawing in the sand, etc. The club’s program is complemented by national and international artistic documentation camps during the summer.

I have got a special relationship with the selected materials, never at random, always in the service of the whole. This assumption has some animistic connotations. The combination of the porcelain with the metal, sometimes with the wood, falls into a personal sense, metaphorically speaking, of alchemical nature. The final shape of my pieces is given not by the physical properties of the constituent substances, but by the transposition of my original ideas into real visual forms.

In a highly tangible area, that of ceramics, in which the modeling energy is directly transmitted through fingers, I create rather images, (in volume, of course) than aesthetic objects, be they spectacular, unusual or surprising. The interrogative nature of the works plays a major role in my act of creation.

Beyond the refinement of my works and the experimental part, always associated with burning, the light and vital space play leading roles in determining the designed assemblies. Thus, the visual show is extended from actual pieces outward, through shadows, but also to the imagination, symbol and last but not least the verb area, given the iconographic sources, often legible or announced in titles.

For me, all the elements of the world are part of a spacious (magical) weave. Invisible links are suggested by the association of ceramic bodies, often fretted with wire or mesh. Beyond the implied visual effects, the light filtering and dispersion or the vectorial expansion of space are part of my artistic language.

The alternation of positive and negative volumes highlights the complementarity and the difference between the parts of a whole. Relations between in and out are marked not only by the concave and convex structures, to be read from both perspectives, but also by the organization of some surfaces as a puzzle, with missing pieces revolving in suspension around their designated places. Mentally filling the entirety, as stylistic innovation, can be aesthetically rewarding by itself, though this aspect is not a stake of the artistic discourse. We are dealing with proposals of space configuration.

The message revolves around breath, life, soul, in fact, pneuma, not around the cultural quote. The idea of the divine spirit that animates the world is found in all of my works. For me, intuition and sense represent the path to the same truth behind all appearances.

What or who inspires you in your career?

I am continuing my family’s tradition of visual artists. My father, the abstract painter, Lucian Cioata, played an important role in my formation, guiding me to pursue an artistic career based on talent at an early age. Another great influence represented my husband’s family, made up of ceramist artists, Mariana and David Olteanu, who opened new horizons in the ceramics field.

Since the 1950′ s, ceramics have gained new valences, detached from traditional ceramics, influenced by Expressionism in abstract painting, with many common points, giving shape and color to a non-conformism through the asymmetry of decoration, spontaneous gesture and happening. The new technologies (digital technologies, mixed-media, multimedia, 3D printing, but also “author’s techniques” invented by the artists themselves for new materials and chemical processes) have brought a new breath, a natural one, able to convey the vibration of the artistic message. Forms become symbols, losing the initial utility, offering new meanings, reflecting through plastic language, the artistic creed. 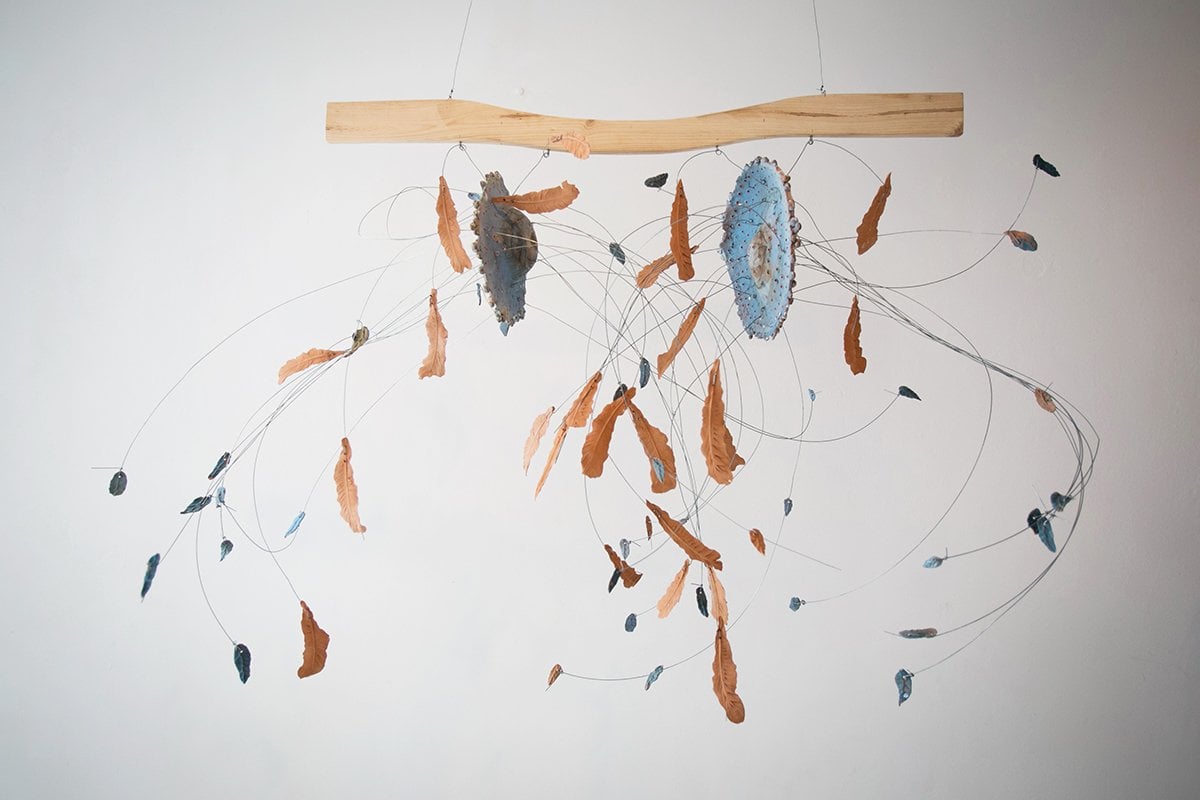 What role does the artist play in society?

“Art is the queen of all sciences communicating knowledge to the generations of the world” (Leonardo da Vinci).

The artist through his art has a great significance in society, being a promoter of cultural and historical values, drawing our attention to whether our reality needs to be changed.

Claude Monet’s  Water Lilies – Where the shapes and the color palette are like a symphony, a metamorphosis of nature, the glory found in nature. These are the works that make me meditate.

Working with the clay involves a special, mysterious state, filled with spirituality, with a very intimate connection with the material that acquires life, energy, and shape. You are in a continuous dialogue with the material, whether it allows you or not to interfere with it. These are technologies that you need to keep in mind, but when you begin to get used to it, there is an exchange of energy between you and the material. You, as a human being, are also dust in the end.

My works are thoughts, ideas and states leading to “Ascension”. Glorifying spiritual elevation is hanging installations whose verticality creates the idea of ​​ascension.

The idea of ​​flying was transferred to ceramic material with sound valences, which can be spread indefinitely, hiding infinite possibilities of aesthetic organization of space. Starting from the movement of the potter’s wheel, by raising it to the hand, one can capture that tactile feeling of the form’s genesis, that tendency of evolution, elevation, thus obtaining an internal logic that gives birth to a “breath of matter”.

That construction of forms from inside to outside is typical of ceramics. Forms are not imitative, but rather meditative-transfigured, organic, through the revolutionary movements of volumes. As a natural process of returning to the “roots in the sky”, aloft, unchaining, comes to the idea of ​​”flying to exaltation.” The return to the silence of the beginning is needed. This way, the pure archetype with which the human essence of “the beginning and the end”, “alpha and omega” is born.

My works center around the idea of ​​the breath of matter that speaks of weight and imponderability. Virtually all bind to each other and naturally develop into new projects.