The Art of Photography- An Interview with Artist Mihai Poiana 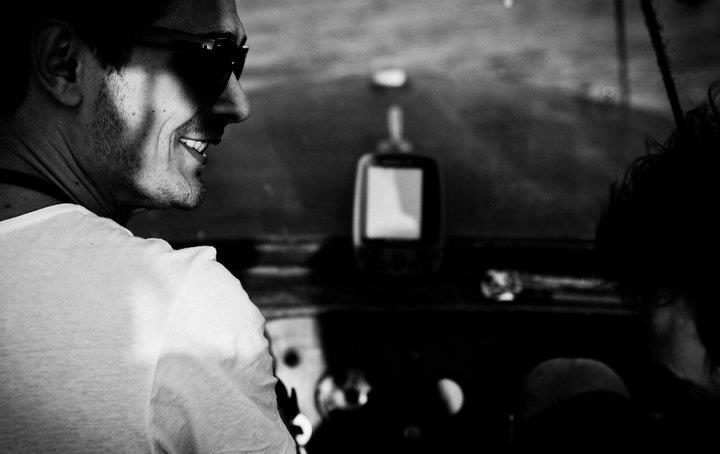 Mihai Poiana is a professional photographer who collaborates with the Art Agency Fusion Arts. He has been involved in various projects, where he has been highly acclaimed for his talent. One of his established projects is called “Electricity”. We can say it is a project full of energy and intensity.

Can you tell us something about your background?

I was born in Tulcea, went to high school in the United States, then came back to study Environmental Economics in Bucharest. I’ve been seeking adventure from a young age and experienced various levels of contrasts and challenges throughout my adolescence, which helped me develop an analytical mindset and put me on a path of finding my inner voice. I grew up with an early tendency towards contemplation and I remember my family teasing me for being “the wise child”.

How have you developed your career? What jobs have you done other than being an artist?

My artistic career was encouraged by the painter Mirela Traistaru in 2007 while hanging out at her studio and spending time with her and her friends from the Artists Union. I was studying photography at the time and taking on various gigs in Bucharest to practice my skills. In 2009 I landed my first contract job as a set photographer, recruited by Media Pro Pictures for the movie “Ceva bun de la viata” directed by Dan Pita, and worked under the mentorship of Dan Alexandru, director of photography and head of Image Department at UNATC. The following year I got a job as a lifestyle photographer and moved to Mexico for my most bohemian experience.

I worked on resort beaches in Puerto Vallarta and Playa del Carmen, on the coast of the Pacific and Atlantic oceans for Dream Art Photography, a British based company, under the guidance of Vincent Guihard, an award-winning French photographer. In our free time we’ve formed an artist squad in the ocean side house we were renting at the time where we would experiment with passion projects, share ideas and explore the surroundings.

This was a period of great professional and spiritual growth for me. After returning to Bucharest I started working as a visual artist for the Austrian Cultural Forum for what proved to be an effective 4-year collaboration. In the meantime, I kept taking projects on the side doing product and fashion photography for jewelry and apparel designers, various branding and graphic design work, and poster design for The National Opera House in 2017.

“Electricity – an expression of energy” is o body of lyrical works exploring a new dimension of abstract photography. To get to the essence, the wanderer puts through a sieve the entire dynamics that surround him in order to obtain a sheer flow of energy. The plasma effect and the array of colours capture the subtleties perceived and inspired by the external environment. The emphasis lies on the vibrato that gives the image a vivid pulse.

This vibration carries the transformative process into another expression, into the essence of things, into energy. The images under the cast of polarity follow a common axis drawn by the vibrational element into unity. The light and dark hues in the background suggest the dichotomy of free space and of a compact one. In each of the spaces arise distinct expressions of emotions.

Who are your biggest influences?

One of my oldest influences comes from Japanese photographer Daido Moriyama. I love the way he uses instinct in his photography with an emphasis on debatable compositions. His unique shooting style is of great inspiration to me. Composition wise I lean towards Andreas Gurski’s well-balanced frames and find his visual rhythm fascinating. American painter Cy Twombly inspired me to challenge the boundaries of my visual language, crossing over into a personal style of abstract photography.

What role does the artist have in society?

Before not long ago I use to think that the artist’s role in society was to wonder and map out unexplored territory rendering it into his artwork for everyone to see and experience without them having to go through the process themselves. I still believe this to be valid, but somewhat incomplete. The artist can choose to be an explorer if he wills, but he is not limited with the obligation to do so.

The artist plays more of an organic role in society in the sense that regardless of the process the artist’s job is to communicate. The actual impact he has on the viewer is out of his hands. Of course, he can try to predict a reaction, inspire a thought, aim to trigger an emotion, hope to make an impact to generate a sense of relevance for himself, but all of this can be reduced to speculation. In essence, he is just a communicator, master of his craft, putting his self out there for everybody, anybody to get what they need out of his work.

One of my favorite artworks has to be “Afghan girl” shot in 1984 by Steve McCurry for the cover of National Geographic. The identity of the photo’s subject was not initially known, but in early 2002, she was identified as Sharbat Gula. She was an Afghan child who was living in the Nasir Bagh refugee camp in Pakistan during the time of the Soviet occupation of Afghanistan when she was photographed. The portrait has been likened to Leonardo da Vinci’s painting of the Mona Lisa and has been called “the First World’s Third World Mona Lisa”. I like this portrait so much I even bought the original Nikkor 105mm lens that Steve McCurry used to shoot it.

Most of my work consists of an array of spontaneous frames of my environment intimately connected to my thought process on my journey of self-discovery. I find that my photography works as a mirror portraying back my point of attention at a certain time. Guided by authenticity I aim at whatever grabs my attention, amounting to a visual inner journal

Some themes I approached a while back when I first started doing fine art photography were “authority” and “freedom”. I was inspired in this direction after a visit to the Auschwitz Museum in Krakow, Poland, where I was invited to take part in an international debate on “discrimination”. At the Museum I did a series of photographs with the condemned inmates personal belongings, perfectly preserved over time. The heavily charged atmosphere got stuck to me for a while.

Upon my return, I went to the Danube Delta and did a series on “freedom”, shooting birds against cloudy backgrounds in a very dark aesthetic. Some other themes I touched upon are “origins”, “personal space”, “artists & their craft” and “nature vs human impact”. Lately, I’m enjoying playing with composition just for the fun of it, experimenting with color, texture, lines and the process itself; pushing the parameters of my camera; looking for “in plane sight” subjects that go unnoticed; and looking for beauty in “all the wrong places”.

Dreams do inspire and motivate me to do what I do. You could say that the dream is to live out my passion, which I already do. In some sense my art is an inner process inspired by external stimuli, absorbed within, remixed and refined by me internally, expressed through me for others to receive.

In this sense the dream would be for my work to reach a level of recognition on museum walls and travel with galleries around the world; to break record sales and decorate top to bottom floor hotels; to inspire movements and make a social impact; to reach peak of my career with a beautiful body of work and stay relevant for future generations. I love dreams, they were with me from the beginning, maybe writing them down in this interview will make them come true, as I also wish for upon anybody who reads this.